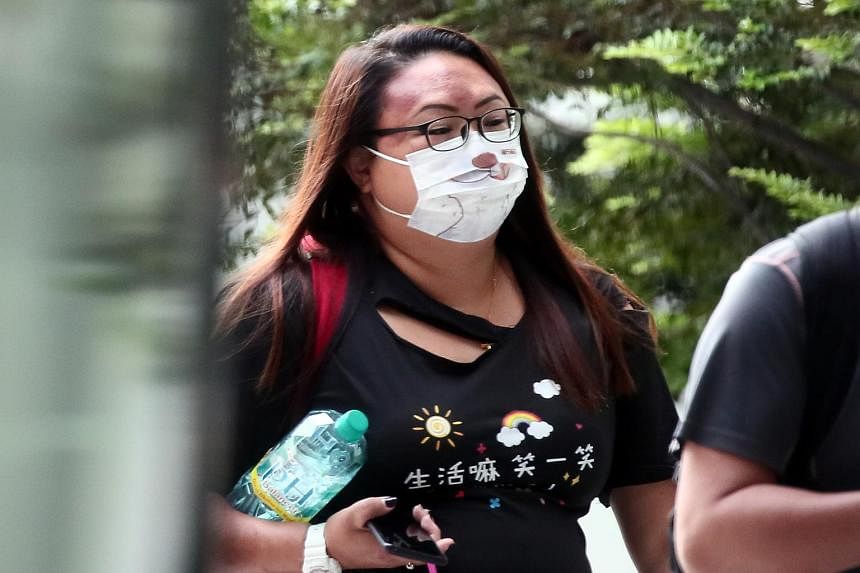 SINGAPORE – The director of a wholesale business who was allegedly fined for food-related offenses is now to spend time behind bars after threatening to falsely accuse a Singapore Food Agency officer (SFA) charged with her case of assaulting her.

Wang Shu, 41, also a shareholder of Thanksgiving Group, was sentenced Monday to four weeks in prison for threatening to damage the man’s reputation.

She was also fined $5,000 for food-related offenses including illegally importing meat products and salted duck eggs.

His violations came to light in July 2020, when Immigration and Checkpoints Authority (ICA) officers at Pasir Panjang Scanning Station, Ports Command detected anomalies in the scanned images of a 40ft container from China.

In a joint statement on Monday, the ICA, SFA and Singapore police said officers carried out checks and discovered five pallets of undeclared food items without valid import permits.

The matter was then forwarded to the SFA for investigation.

Wang was asked to provide his statement regarding illegal food products. She agreed and invited the agents to a room next to her office for the interview.

During the interview, a check was carried out on his mobile phone and incriminating communications were detected.

Wang began to become uncooperative with the man’s colleagues and asked to end the interview. When her colleagues left the room to avoid further agitating Wang, the officer tried to calm her down on his own.

But Wang refused to calm down so he decided to end the interview, the court heard.

As he was packing his things, she repeatedly asked him to hand over the partially taped statement, but he denied her requests.

DPP Koh told the court: “The defendant then rose from her seat and stood in front of the door to the room, which was the only exit. The accused closed the door and locked it by holding on to the door handle.

“The defendant threatened (the officer) that if he refused to hand over the statement to her, she would shout ‘molest’.”

Following the threat, the officer gave the statement to Wang, who tore it up. After that, she opened the door to let him out.

“The defendant also admitted that at the time she did not believe the complainant was going to outrage her modesty,” DPP Koh added.

Separately, in their joint statement, the three agencies said Wang had illegally imported about 36 kg of food items, including sausages, beef jerky and salted duck eggs. The items have been seized.

As illegally imported food products come from unknown sources and may pose a risk to food safety, they can only be imported by licensed importers and each shipment must be declared and accompanied by a valid import permit, officials said. agencies.

In addition, meat and its products can only be imported from accredited sources in approved countries that meet Singapore’s food safety standards and requirements.

If there is a threat of injury to an official, an offender can be imprisoned for up to two years or fined, or both.