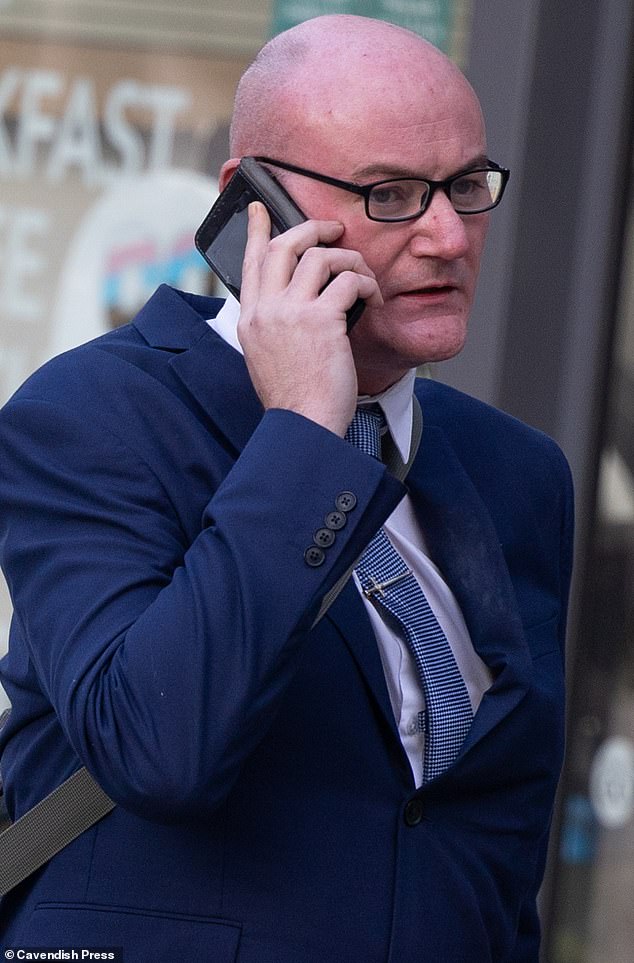 A company director attacked a 13-year-old boy and scarred his mother’s face because the teenager tore up his patriotic St George’s Flag decorations which he had erected to commemorate VE Day.

Andrew Morris, 44, grabbed the boy as he cowered in a bathroom before snatching a mobile phone from him and dragging him to the floor of their Greater Manchester home on May 9 last year.

The graphic design expert, who was visiting the house to help put up the decorations, had been drinking heavily before brutally beating the boy’s mother, knocking her to the ground and stomping on her neck and face.

He was sentenced to eight months in prison, suspended for two years. 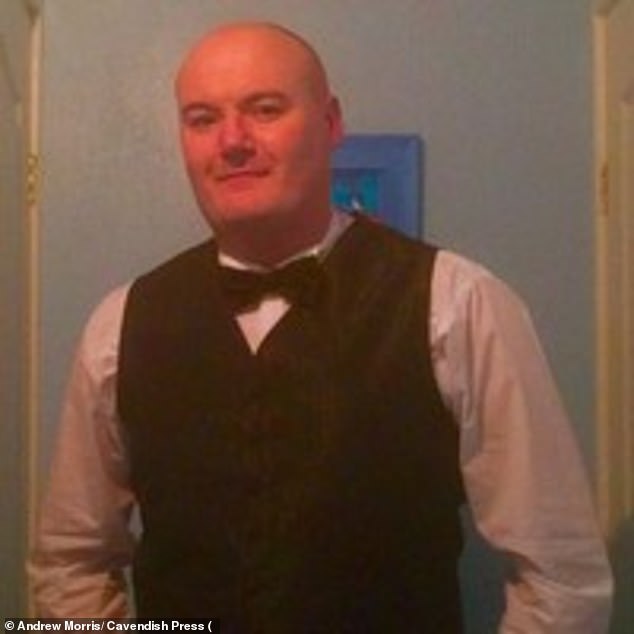 Morris, a company director, admitted he had been drinking heavily when he attacked a 13-year-old boy and his mother

Charlotte Rimmer, prosecuting, told the court: ‘The boy tore up Union VE Day Bunting flags, which the defendant had helped set up outside his house the day before to celebrate the event.

“The defendant was upset by his behavior. He argued with the boy’s mother, called her son a ‘little c***’ and said his behavior was disrespectful.

“He left the property but later returned smelling strongly of the drink. The mother spoke to the defendant and asked him to leave and offered to drive him somewhere. But then he became aggressive and then started to cry.

“He then pushed her onto the shoulders, knocking her to the ground. The next thing she remembers is being on the ground with the defendant’s foot hitting her on the back of the head. The accused stomped on his neck and on the right side of his face.

The court heard the mother, who cannot be identified for legal reasons, yell at her son to lock himself in the bathroom and call the police.

However, as the boy did so, Morris broke down the door and snatched the phone from his hands.

She described seeing her son thrown to the ground before managing to catch a drunk Morris as he fell down the stairs.

Morris pictured in court in a suit with a cigarette in his hand. He was also ordered to perform 200 hours of unpaid work and given a restraining order by mother and son 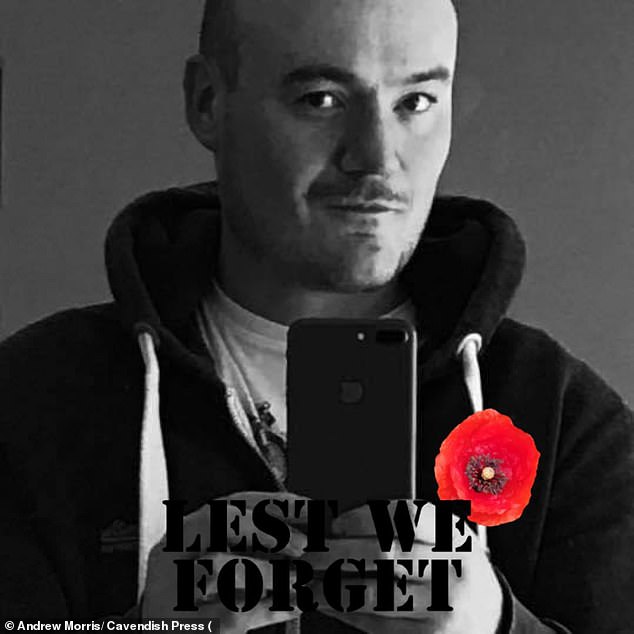 A neighbor described mother and son as “very upset, crying and shaking”.

Morris was arrested at his father’s estate the next day.

Rachel Shenton, defending Morris, said in mitigation that he “fully accepts that this is totally unacceptable violence that should never have happened”.

She added that he had “expressed remorse” by writing “heartfelt” letters and that Morris is “a good man who once did a bad thing”.

Delivering his sentence, Mr Recorder Carwyn Cox said: “The bunting tear was the trigger for it all, but that night you were out of control, you completely lost all the common sense you usually have .”

“It was a terrifying incident for anyone, let alone a 13-year-old boy, but I accept that it was totally irrelevant and a one-off event. You are remorseful and have taken steps to correct your behavior.

Along with the suspended prison sentence, Morris was also ordered to perform 200 hours of unpaid work and banned from contacting the mother and son indefinitely under a restraining order.